﻿Ford Aspire: More Than Just As Aspiration From 1994 up until the year 1997, the Ford Motor Company sold the Ford Aspire. This was a subcompact car that has been made available with two options as per the number of doors. One held three doors while the other one held five doors. The entire body of the Ford Aspire was crafted by the Kia Motors company with headquarters in South Korea. The engine as well as the engine components was from the Mazda automobile corporation located in Japan. It is very interesting to note that this vehicle has been sold and marketed as the Kia Avella in Asia. However, if you travel to Japan and Australasia, you would be surprised to find out that the Ford Aspire is known there as the Ford Festiva. It is just one vehicle however it has been sold under different names. The average fuel economy for the Ford Aspire is some 30 miles per gallon which is quite a different number from what the manual says.

END_OF_DOCUMENT_TOKEN_TO_BE_REPLACED 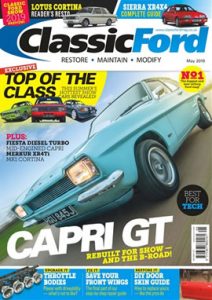